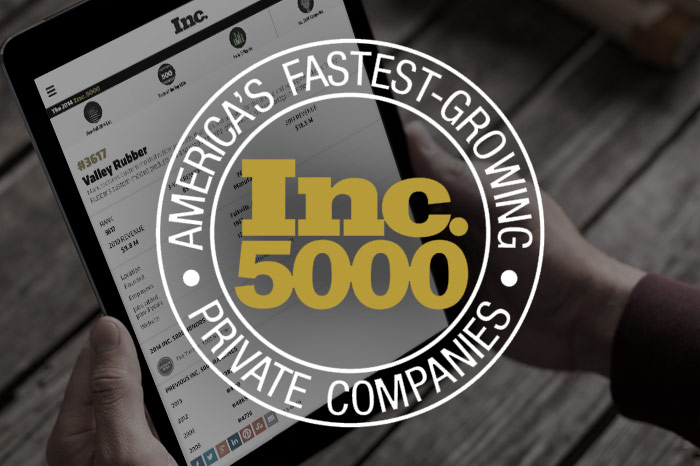 Inc. Magazine has ranked Valley Rubber on its annual Inc. 500|5000, an exclusive ranking of the nation’s fastest-growing private companies. This marks Valley Rubber’s fifth appearance on the list. The list represents the most comprehensive look at the most important segment of the economy—America’s independent entrepreneurs.

Valley Rubber is one of fifty-six companies in the state of Alabama to be honored on the list. The Inc. 5000’ s aggregate revenue is $211 billion, generating 505,000 jobs over the past three years. Read Valley Rubber’s profile and see the complete list here.